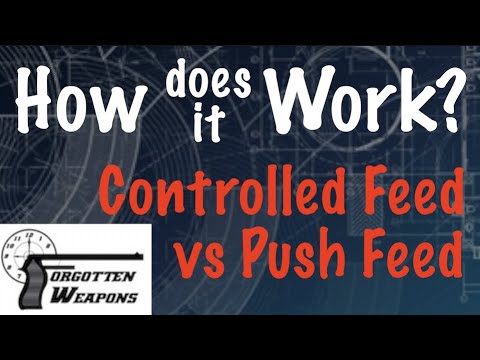 On the other hand, push feed actions generally use plunger extractors, which are able to eject an empty case after a shorter travel, where a controlled feed must be opened completely to eject. This makes a controlled feed action more prone to unintentional short-stroking.

In practice, neither of these issues is really a significant concern and the hype over the difference is meaningless for the vast majority of applications.