Starting in the beginning of 2018, I began looking for a new ammo to use in my regular training and in my USPSA matches.  For the last several years, I had been using the same company for my ammo, buying 9mm 124 gr plated hollow points in bulk a few times a year.  Recently, this ammunition manufacturer has come into some financial difficulties, and hasn’t had my selection of 9mm available, leaving me to find a new company to move my business to.  This was actually a difficult decision that required hours of research before finally finding Minuteman Munitions.

My decision to try out Minuteman Munitions came down to a few simple metrics.  One, I needed a company that manufactured 9mm 124/125 gr rounds with a hollow point or truncated cone profile.  Two, I need consistent and reliable ammo, every round should feed and chamber smoothly, and have a consistent feel round to round.  Three, I like to be able to have my ammo within a week or two after ordering it because I am a known procrastinator, so I wait to the last minute to order my ammo frequently.  Four, I want all of these things for a reasonable price.  That cant be too much to ask for can it?

Not too much to ask for at all if you ask Minuteman Munitions.  After stumbling across their website to find that they had 125 gr coated hard cast TC, I went ahead and placed an order for 1000 rounds on the 27th of June.  My package arrived on the 30th of June!  I was blown away since I had gotten used to placing an order with my previous company of choice and waiting several weeks to a month for my order to be fulfilled.  So right off the bat, Minuteman Munitions was looking promising.  Oh, I forgot to mention, with shipping, I paid right at $191 for 1000 remanufactured rounds.  Yup, that will work just fine for me.

Before heading off to shoot a match with my new ammo, I spent some time on the range with it to see if it would play well with my guns.  I tested a couple Glocks and a 9mm 1911.  Naturally, all of my Glocks ate the Blue Coats just fine, including my Glock 17 with a chopped up slide.  I had excpected a decent amount of muzzle flip with my lightweight slide, but was pleasntly surprised by the recoil impulse for these rounds.  In no way did they seem like light loads, and the reciprication of the slide was just as quick as usual, but the precieved recoil was less than what I had become accustomed to with my previously prefered ammo.  Also worth mentioning, my Armscor Citadel 1911 LOVED the Blue Coats, and that is saying a lot.  Even after doing some work on the frame ramp, feed ramp, and the throat, the 1911 is still pretty picky about what ammo it likes to run.  So for me to find a new round that felt great to shoot, was inexpensive, and ran great in all of the guns I would be using it in regularly, was making me a very happy shooter.

After confirming that my new selection of ammo was going to place nice with my Glock 17, I decided to go ahead and use them for my upcoming USPSA match.  Before the match I stripped down my gun and took some picture of it for evidence that I started with a totally clean gun for comparison after the match.  While how “clean” a particular ammo burns isn’t really a deciding factor to me, it is something that I make note of, and I know it is something that is important to other shooters.  You can see the before picture at the top of the article.

The ammo performed just as expected at the match, no feeding problems, no extraction or ejection problems, it wasn’t particularly smokey, and it kept my Glock running flat.  Really, the Blue Coats ran so well that I don’t even have much to say about their performance other than they performer very very well.  The truncated cone cut clean holes in the paper targets, and I didn’t have any problems dropping steel even with my little 9mm.  Even though I only shot around 175 rounds at the match, I am already a big fan of Minuteman Munitions, especially the 125 gr Blue Coats.  They are definitely going to be my go to rounds from now own.

So how clean did it shoot?  Honestly it was a little dirtier than the Freedom Munitions loads I had been using previously, but much cleaner than most other brands that come in at a similar price point.

For firing less than 200 rounds, there was a decent amount of powder fouling on in trigger bar, feed ramp and chamber, extractor, and firing pin safety plunger.  Again, not an excessive amount, but if your gun is finicky about getting dirty, you might keep a little cleaning kit handy if you are going to be shooting several hundred rounds at a training event or competition.  On the other hand however, there was a complete lack or random specks of, whatever random crap ends up in some commercially loaded ammo.  One brand that jumps out at me is referred to as “stripper ammo” by my friends due to the glittery residue it leaves everywhere inside your gun.  I’ve also had some random particles left behind from Winchester White Box, and another brand that escapes me at the moment.  I don’t know if it’s polishing media from tumbling the brass or what, but I don’t like seening unfamiliar debris in my gun.  All that to say this, I noticed a decent amount of powder fouling from the Blue Coats, and that is something I’m just not going to worry about.

Overall impression:  If you are in the market for some inexpensive ammo for practice, training, plinking, or competition, then check out Minuteman Munitions.  The price point is great, shipping was extremely fast, quality is there, and they are far from “dirty” rounds.  Unless I have some real problems in the future, I will be sticking with these guys for the foreseeable future.  I couldn’t be happier with my decision to try this ammo, and I hope you will be too.

I represent the sales division of Samcorp Arms Mfg  We are new to the consumer far as Retail  Sales goes. Samcorp has been in the… 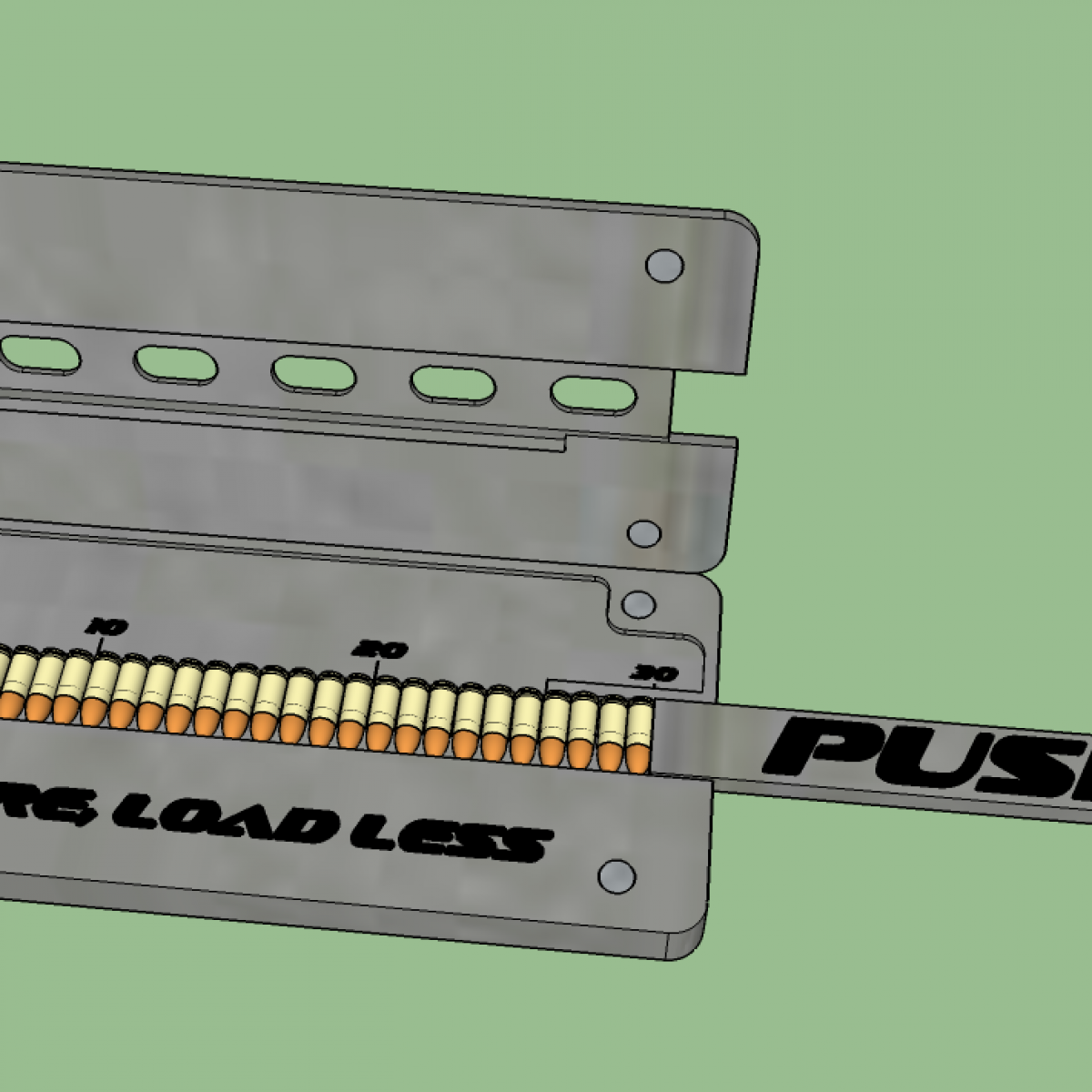 BUCK-i-MAG LOADERS TM. (Refereed to as B.I.M LOADERS TM). We are now looking into some potential silent partner. I have the Patent Pending right now…