Finish your custom AR build with a complete AR upper in many of the most popular calibers.

Ammunition Depot proudly announce they now carry a line of complete AR uppers manufactured by Radical Firearms (RF) in a large variety of calibers and lengths. Made entirely in Houston, Texas, the RF complete uppers conform to military standard specifications and are forged from quality 7075 aluminum.

The popular calibers include the powerful 458 SOCOM 16” upper with a 4140V Chromoly barrel with a 1:14 twist rage and a Melonite coating. The carbine length, low profile, direct impingement gas system also features a 9” free-float Radical Firearms MHR (M-LOCK Hybrid Rail) and full BCG. Another variant is the RF complete 16” upper in 6.5 Grendel SS with a 15” MHR and Pepper Pot Brake. Ammunition Depot even carries the hot new .224 Valkyrie in a RF complete 22” upper with a 15” MHR and a Pepper Pot Brake.

“Many AR owners like to swap out uppers, giving them, in a sense, a new gun,” Scott Blick, managing partner for Ammunition Depot, said. “Then there are others that have moved on from off-the-shelf guns and are looking to build their own custom platform. Radical Firearms uppers are a great addition to a custom build. They are made entirely in one factory; no outsourcing parts. Most of the employees are veterans whom bring their expertise and passion to every product they put out.”

Visit Ammunition Depot for a list of all available Radical Firearms complete uppers.

Ammunition Depot was founded by freedom-loving Americans committed to American’s right and responsibility to defend themselves, their families and their country. Ammunition Depot’s goal and promise is to provide to the American public high-quality ammunition at the lowest possible price with the best customer service they have ever experienced, period.

As Ammunition Depot has grown over the years, we have been able to create numerous jobs for hard-working Americans in our home state of Florida, as well as help many charities and foundations that support our troops, law enforcement and the shooting sports. Our plan is to keep growing, keep creating jobs, keep giving and keep Ammunition Depot strong so that we can deliver the same great products and same great service for decades to come. www.ammunitiondepot.com

Ammunition Depot takes the wait out of rebate with their Instant Reward Program for Black Friday through Cyber Monday, Nov. 22 – 26, 2018.  Ammunition… 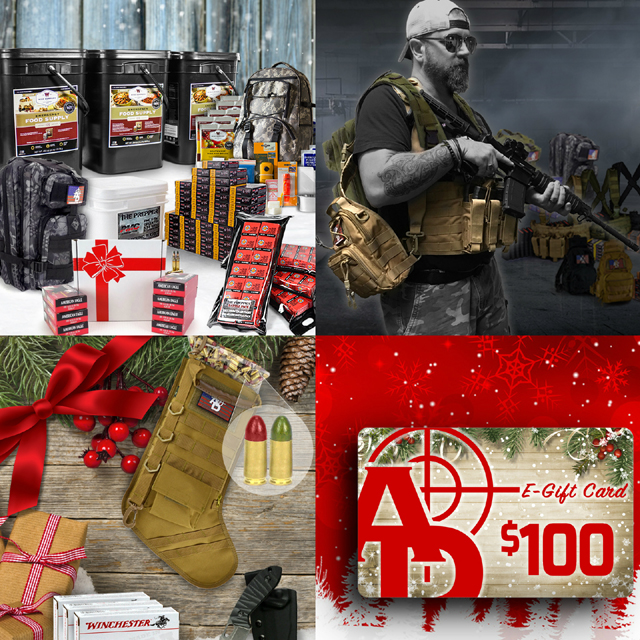 Starting Thanksgiving Day, Nov. 22 through Cyber Monday, Nov. 26, 2018, enjoy a variety of discounted items and special shipping offers. Be sure to check…

The more rebates the merrier on Federal handgun, rimfire and 223/5.56 ammunition at your one source for ammunition, accessories and firearms needs throughout the year.…