Big Horn Armory, makers of big-bore firearms, entered the AR platform market in the summer of 2018 and due to overwhelming customer demand, are now offering the 500 Auto Max AR500 in a pistol version. The AR500 pistol lacks nothing the rifle version has except length, making it ideal for SWAT officers, tactical and security professionals in and out of vehicles or as a personal defense weapon.

“After the AR500 rifle came out, we started to receive inquiries regarding a pistol version,” Greg Buchel, president of Big Horn Armory, said. “While listening to our customers, we also required the time to source and test parts that would create a compact AR500 without compromising on the quality our customers expect out of our guns. We believe that the AR500 pistol achieves that goal.”

The 500 Auto Max was developed by Big Horn Armory using a 500 S&W rimless straight walled casing with the same ballistics. It is capable of feeding and firing any .500 diameter bullet between 200 and 700 grains. The AR500 has an adjustable gas block to allow the user to run sub sonic loads using a suppressor. 500 Auto Max ammunition is currently shipping from Buffalo Bore and Underwood Ammo. It is also available at Midway USA. 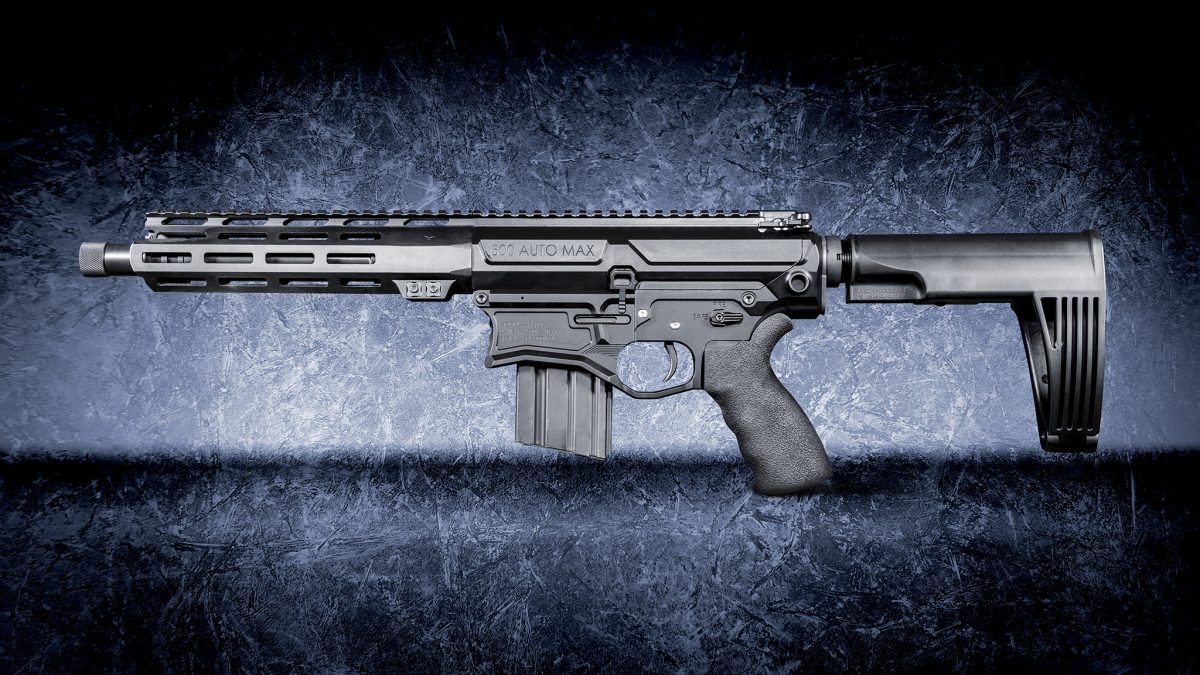