CAA USA, designer and developer of the MCK conversion kits, is expanding its line up to include MCK models for the S&W Shield, the S&W M&P 4”, and the S&W SDVE. As its model variety increases, so do new accessories exclusive for the CAA USA MCK, including a new MCK Glass Breaker and MCKBAYONET.

“There are those who believe that our MCK handgun conversion kit is exclusive to the GLOCK  models, this is not accurate, we have an MCK for Springfield’s, Sig Sauer’s, Smith & Wesson’s models as well,” LTC. (Ret.) Mikey Hartman, CEO of CAA USA, explained. “During 2021, we will expand our line to include the Canik, CZ, Taurus, HK, as well as the Sig Sauer X-series and M17/M18.  We have recently added to the Smith & Wesson options the SD9/SD40 & the Shield and both have been very well received by Smith & Wesson fans home and abroad.” 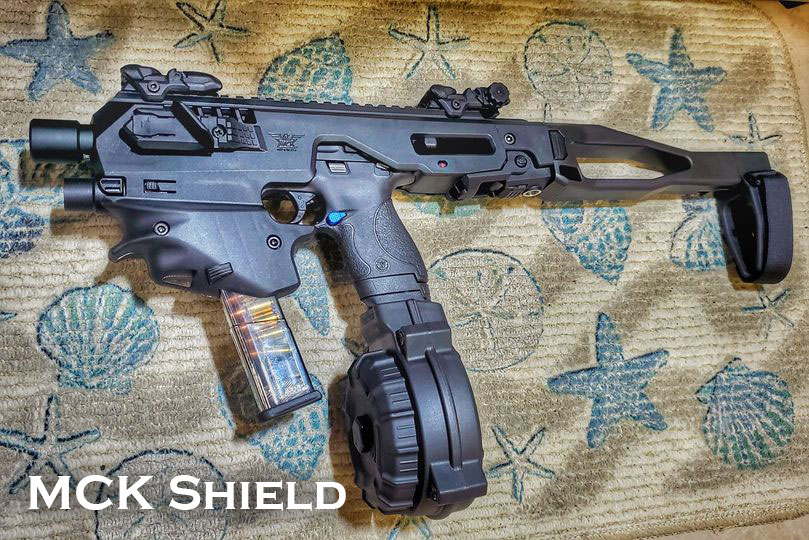 The S&W Shield is a super popular subcompact for EDC carry and is also a preferred choice by law enforcement as a back-up. CAA USA took on the S&W Shield challenge and has produced the thinnest conversion kit ever made yet. Featuring an aluminum top Picatinny rail, a Gen2 stabilizer, and a magazine button catch/release, the MCK Shield, just released, is already one of CAA USA’s top sellers. MSRP starts at $289.00.

Another popular S&W handgun, the M&P 4” now has an MCK conversion kit to call its own. CAA USA had already developed the MCK M&P conversion kits for both the 3.6” and the 4.25” model, and consumer demand had CAA USA filling in space with the new 4” MCK model. The MCK S&W 4” conversion kit also features an aluminum top Picatinny rail, Gen2 stabilizer, and mag button catch/release. MSRP starts at $249.00.

Rounding out the new S&W MCK models is the MCK S&W SDVE conversion kit. When the S&W SD9VE pistol was launched in 2012, it became a preferred conceal carry pistol featuring the Smith and Wesson Self Defense Trigger. CAA USA’s MCK SDVE is compatible with both the 9mm and .40 S&W caliber SDVE models and also features an aluminum Picatinny rail, Gen2 stabilizer, and mag button catch/release. MSRP starts at $289.00. 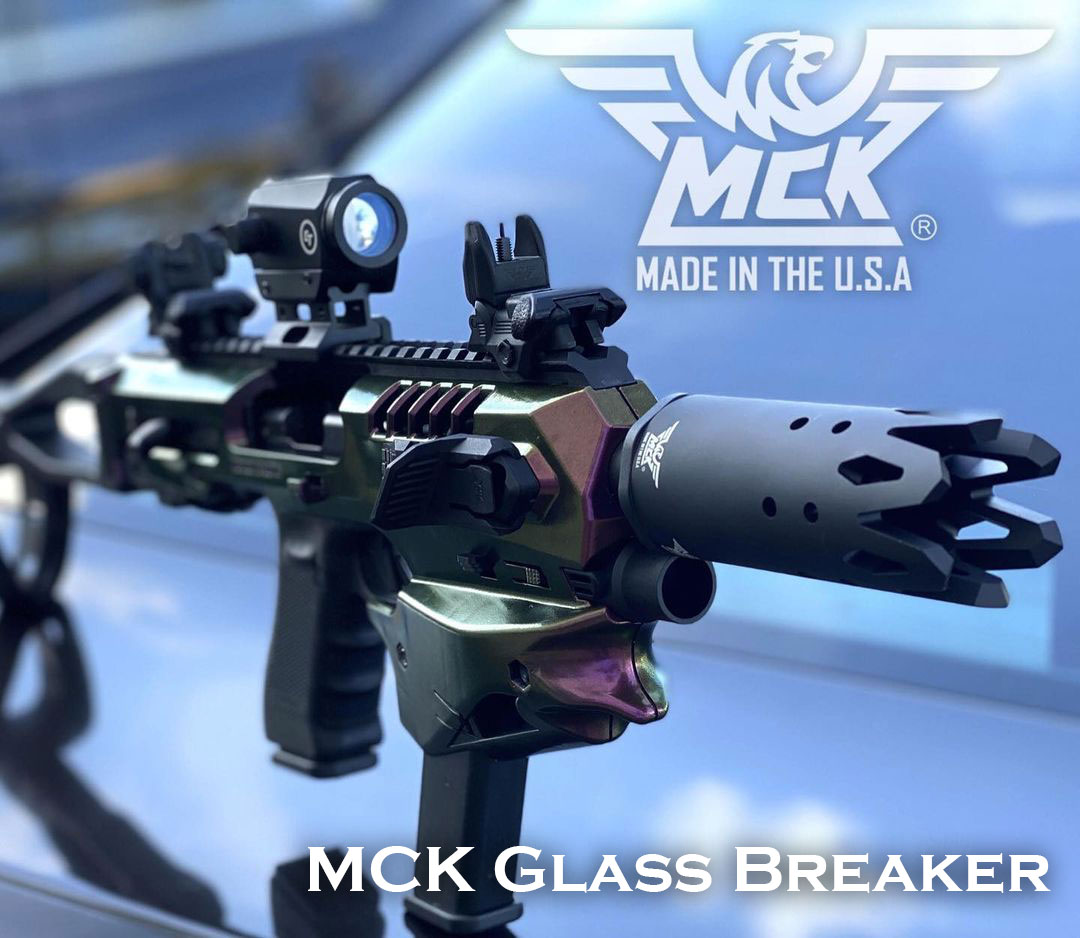 On the accessory side of the business, CAA USA is producing innovative and unique accessories that complement any of their MCK conversion kits. A must-have is the new MCK Glass Breaker, ideal for emergencies and tactical scenarios. Made of aircraft-grade aluminum, this durable glass breaker easily attaches to the barrel shroud of the MCK and fits right in the tactical style and duty application of the MCK. The MCK Glass Breaker works with all MCK and MCKGEN2 models and has an affordable MSRP of just under $60. 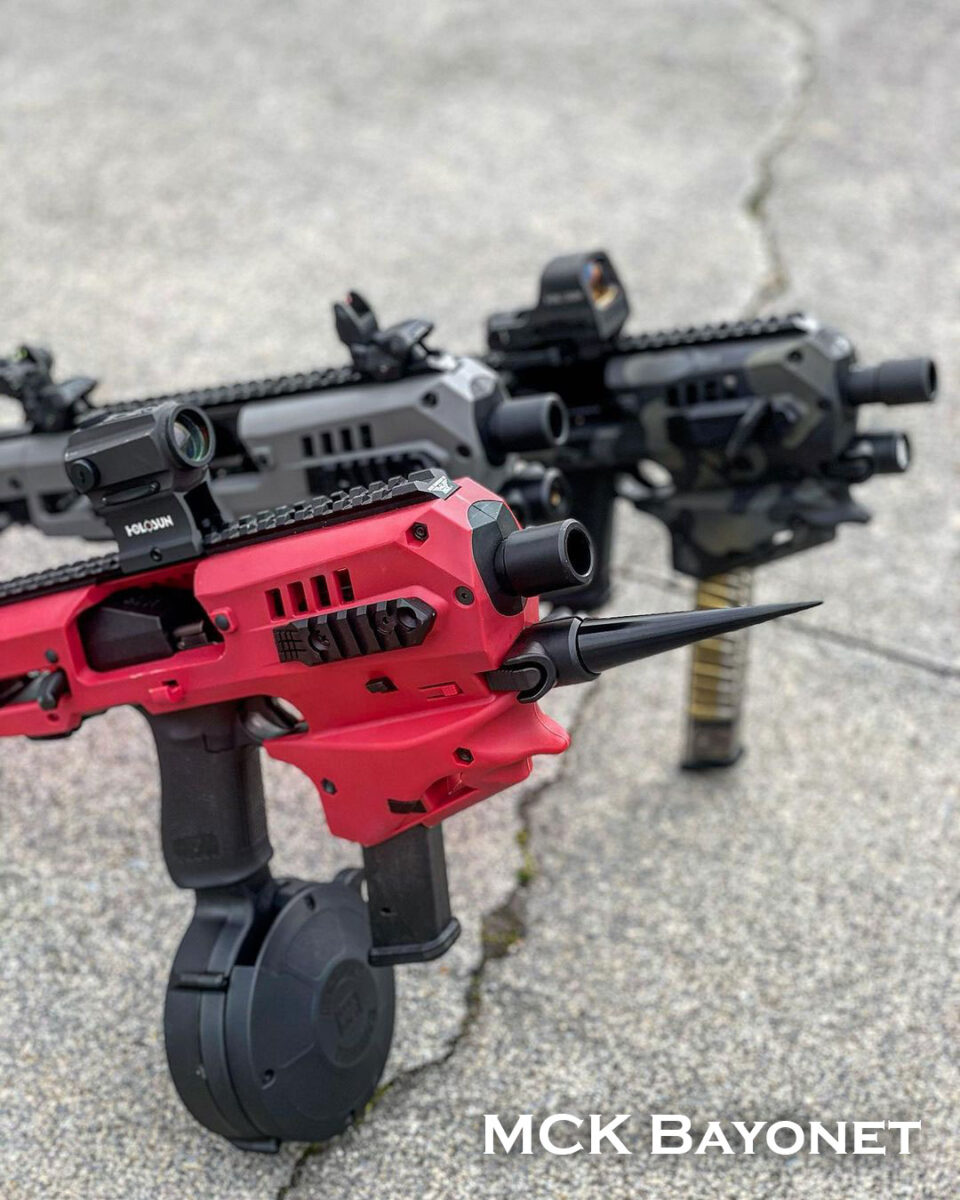 The new MCKBAYONET is certainly a talking point, if not a sticking point! Designed in a “thorn” style attachment from aircraft-grade aluminum, the MCKBAYONET is 4” in length and has a sleek, black finish that does not shine or reflect light. It uses the existing flashlight mount on the MCK, making this a quick and easy upgrade to any MCK. MSRP is $54.95.

“We are very proud that the MCK is made 100 percent in America by Americans and is carried by every major distributor in the USA,” Hartman continued. “It is a true honor for us at CAA USA to manufacture the most popular handgun conversion kit in the world. The most gratifying part of it all is to see the excitement on the faces of our loyal customers when our gray box arrives, there is nothing better than that.”

CAA USA is a designer, developer, and distributor of modern tactical accessories, optics, and handgun conversion kits targeting the Armed Forces, Law Enforcement, and firearm enthusiasts across the globe. CAA USA’s famous conversion kit, the MCK/Micro Conversion Kit, has taken the country by storm with models for GLOCK, SIG Sauer, and Smith & Wesson, as well as the upcoming Springfield, H&K, and CZ. This made-for end-user conversion kit allows you to increase your accuracy and is an overall fun range tool. CAA USA gun conversion kits with Stabilizing Brace® is exclusively licensed by SB Tactical®.

For the sport shooter with a competitive edge, the new MCK GLOCK 34/35/41 combines all of the features of the easy-to-use, easy-to-shoot MCK platform with… 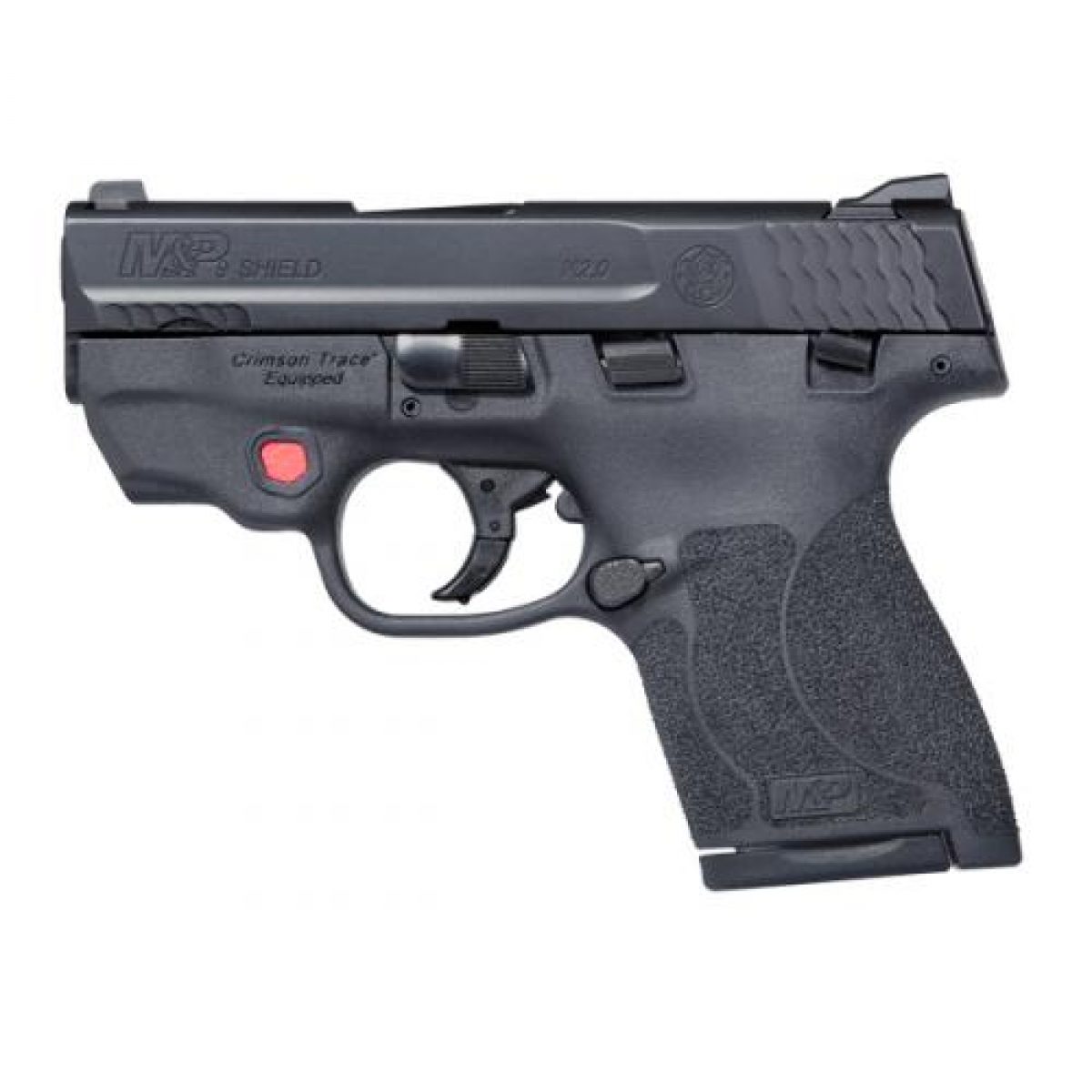 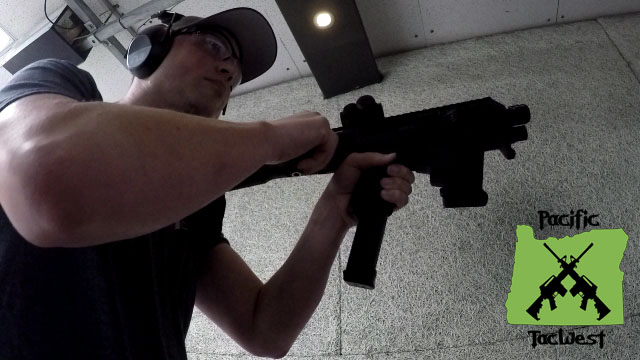 Read & Watch the full review by Pacific TacWest>> https://www.yrsinc.com/en/blog/Written-and-Video-Review-CAA-Micro-Roni-X-Stabilizer-Gen-4-for-Glock-17-19 The new Micro RONI X Stabilizer Gen 4 from CAA: In the world of Glock… 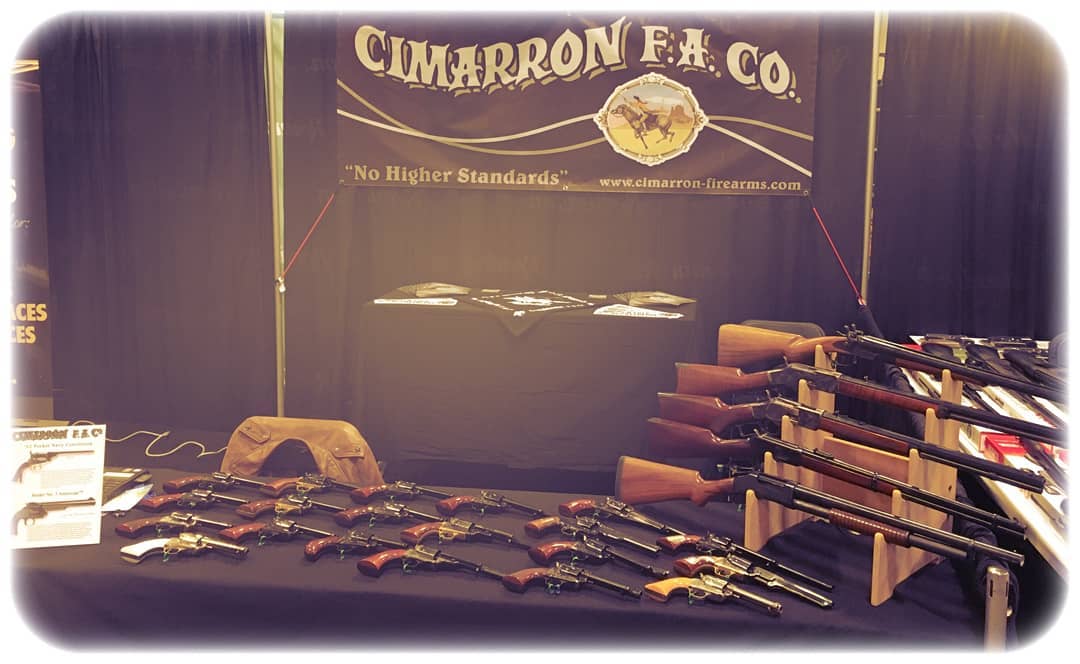