Cimarron Firearms is proud to announce a corporate partnership with the Cowboy Mounted Shooting Association® (CMSA) and a title sponsorship with the American Quarter Horse Association (AQHA) World Championship Rifle event for 2018/2019.

As part of the corporate partnership with CMSA, Cimarron will be the title sponsor for all six of the CMSA Championship Series Events in which contestants have the opportunity to win cash and prizes, including Cimarron firearms. The CMSA is an equestrian sport in which mounted contestants compete in timed events using two .45 caliber single-action revolvers loaded with five rounds of specially prepared blank ammunition. Contestants rides are timed and accuracy is also scored as the riders run a pattern or course in which they must eliminate a series of specially placed balloons. A variety of events are held throughout the year across the country for contestants of various levels, from beginner to pro.

“Cimarron Firearms is very proud to sponsor these CMSA and AQHA World Championship cowboy mounted events,” Mike Harvey, founder and CEO of Cimarron Firearms, said. “The horse is an important part of western culture and these events offer both visitor and contestants a chance to see the power and beauty in these animals as they work almost seamlessly with their riders.”

About the Cowboy Mounted Shooting Association®:

Cowboy Mounted Shooting Association® is the Fastest Growing Equestrian Sport in the Nation. Mounted contestants compete in this fast action timed event using two .45 caliber single action revolvers each loaded with five rounds of specially prepared blank ammunition. The Cowboy Mounted Shooting Association “C.M.S.A.” has a variety of levels of competition for everyone, ranging from novice levels to the seasoned professional.

See the Cimarron Firearms Line Up at 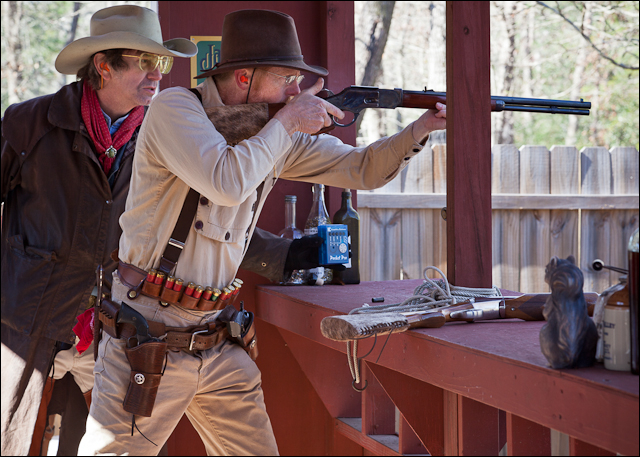 Cimarron’s Sponsorship covers eight events over the course of the year. Cimarron Firearms has signed on with the Single Action Shooting Society (SASS) as a…