In 1878, William Lyman invented the Lyman Tang Sight to correct the problems associated with gun sights of his day, and the Lyman Gunsight Company was born. 140 years later, Lyman Products Corporation continues his legacy by employing a team, many of whom are shooters and reloaders themselves, dedicated to the goal of developing and producing products to improve the shooting and reloading experience for their customers.

The proud tradition and history of Lyman Products began simply in the late 1800’s when William Lyman, an avid outdoorsman and inventor, created a product that resolved problems with gun sights of his day. The commonly used vernier sights were adequate for daytime shooting, but almost useless if lighting was not perfect. Lyman’s No. 1 Tang Sight featured a small disc and a large aperture, a combination that made the thin rim almost invisible and greatly improved the shooter’s ability to shoot quickly and accurately. His patented design launched the Lyman Gun Sight Company, and today, the Lyman tang and receiver sights still utilize the same principles originated over 137 years ago to enhance both the sight picture and the speed of aiming.

Through the years, Lyman has continued to develop innovative products for shooters and reloaders, carrying on the legacy of William Lyman. In 1925, the Lyman family purchased Ideal reloading products, which included the well-known Ideal reloading handbooks. Since then, Lyman handbooks have become known as the “bible” of reloading, and are considered the most trusted source for data. Lyman released its 50th Edition Reloading Handbook in 2016, containing new and modern reloading data to service current and future reloaders, and continuing to be the most respected and sought out source of expertise. Always keeping abreast of current trends in the shooting sports industry, this year, Lyman addresses the fast-growing sport of Long Range Shooting and the specific reloading challenges that it presents, in the new Long Range Precision Rifle Reloading Handbook.

Lyman reloading kits, presses and dies have provided generations of reloaders with all the high-quality equipment they need to start reloading and to pass down this hobby to the next generation of shooters. In conjunction with the 140th birthday in 2018, Lyman has released a whole new line of reloading presses and reloading kits. This line features a press for every need, from the Ideal C-Frame press that is perfect for beginners, or as a companion press for experienced reloaders, to the Victory Single Stage Press, to the All-American 8, the only 8-stage turret press on the market. All of these presses are proudly made in the USA, and feature solid cast-iron bodies and all of the features and quality that customers have come to expect from a Lyman product.

Over the years, Lyman has acquired several other brands to address other needs of their shooting audience. In 1996, the world-renowned Pachmayr brand came on board, bringing leadership in recoil pads and handgun grips. TacStar joined Lyman in 1997 to improve the company’s offering to the tactical and law enforcement markets. Introduced in 1999, “Butch’s Bore Shine”, took the competitive shooting market by storm, and by 2000, was in such demand that Butch joined forces with Lyman Products to promote and distribute this revolutionary gun-cleaning product to shooters worldwide. The patented line of A-Zoom precision metal snap caps were originally introduced to the market in 2000 and joined the Lyman family in 2002 to meet the growing demand for high quality training rounds for shooters, hunters, law enforcement professionals and the military. Peterson Instant Targets, the originator of the adhesive fluorescent target, joined Lyman as Targ-Dots in the early 1990’s. Trius Traps had already established an enviable 45-year reputation before it became a Lyman brand in 2003. Lyman and our stable of brands continue to place the greatest emphasis on input from our customers and from our own staff of shooters to create and provide innovative products for our sport.

“Brands That Perform” means something here at Lyman. Performance means more than just getting the job done. It means delivering value while advancing technology. Most importantly, it means listening to the needs of shooters and reloaders. In fact, the development of our products is most often directly linked to the feedback we get from our customers and the retailers who supply them. Whether pioneering the use of digital technology in reloading tools or reintroducing “antique” calibers and bullet moulds, Lyman continues to improve and innovate the tools and accessories used by serious shooters and reloaders.

Lyman is proud to be celebrating 140 years in the shooting industry, and looking forward to many more years to come.

Lyman® Products, founded by avid outdoorsman, William Lyman, has been innovating firearms and reloading accessories and gear for 140 years. Today, using advanced technologies, Lyman is in the forefront of meeting the needs of shooters and reloaders across the world. Whether pioneering the use of digital technology in reloading tools or reintroducing “antique” calibers and bullet molds, Lyman continues to improve and innovate the tools and accessories used by serious shooters and reloaders. 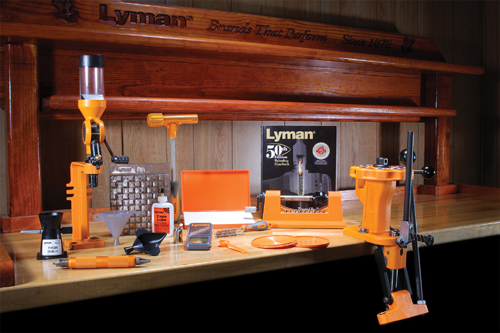 Built around Lyman®’s new 2018 reloading presses, the Brass Smith Ideal™, Victory™ and All-American 8™, are new reloading kits that provide everything to get started…

The Lyman 140th Anniversary Sharps Carbine, made exclusively for Lyman by Davide Pedersoli®, will be on display at the 2018 NRA Annual Meetings & Exhibits… 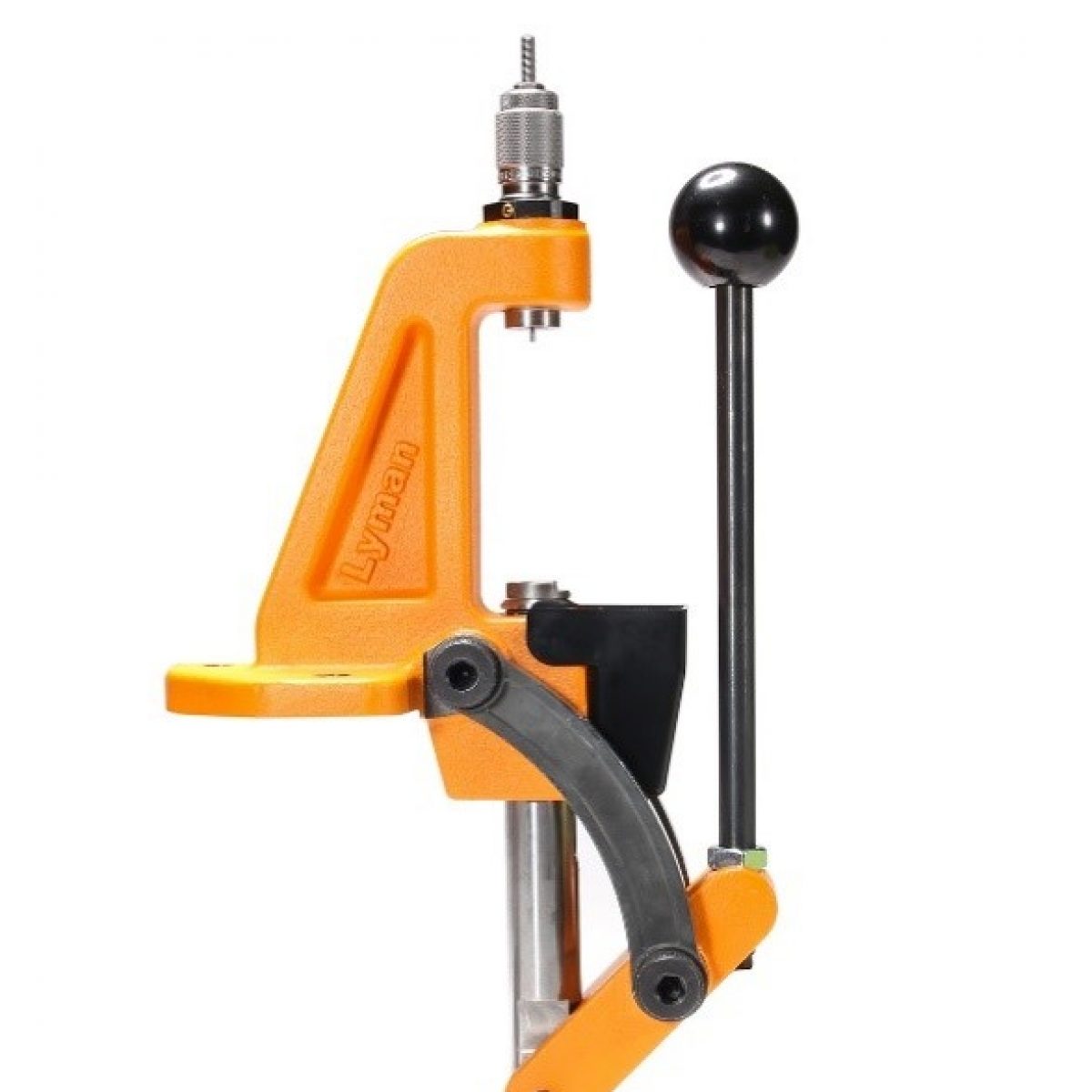 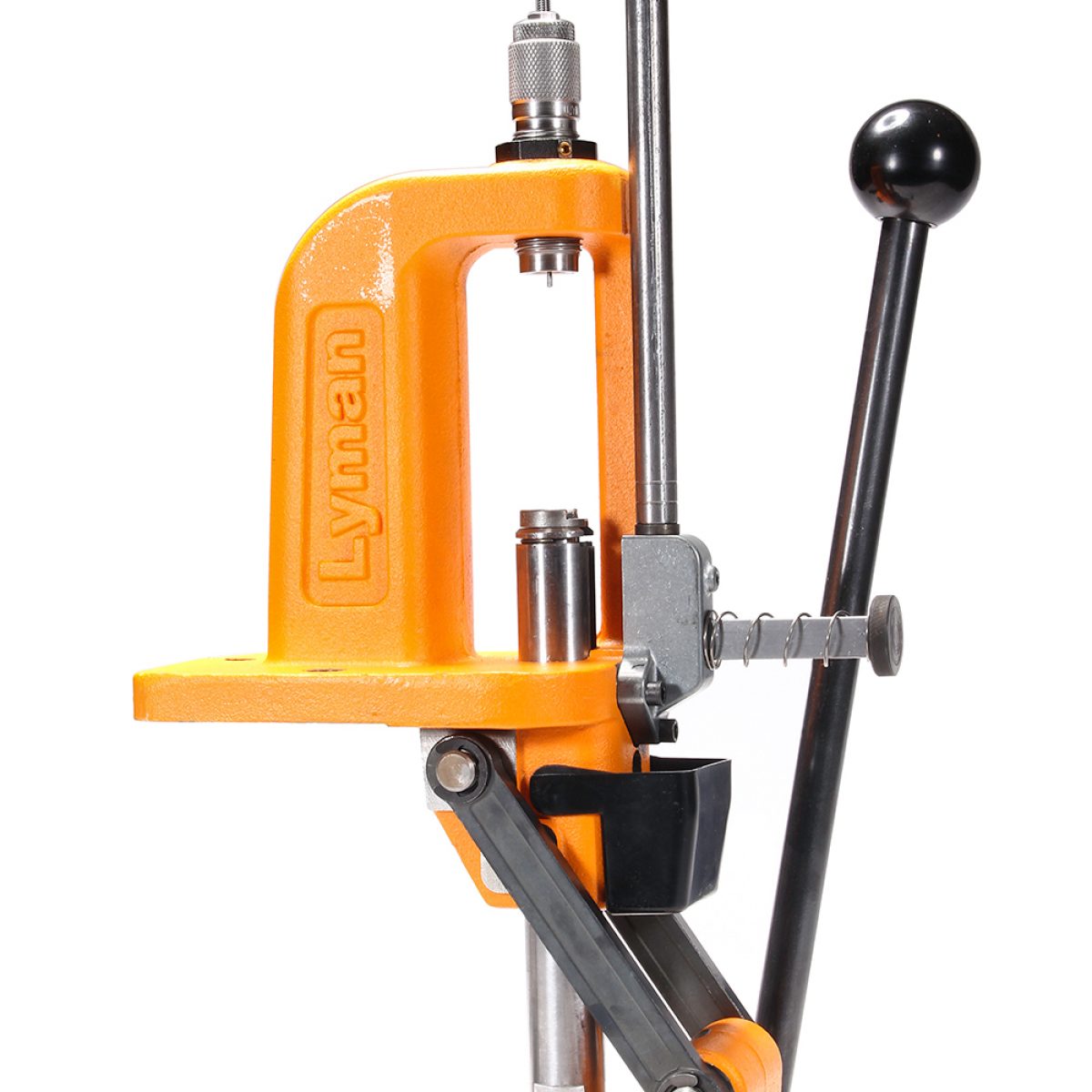