Cimarron Firearms founder and president, Mike Harvey, Jamie and Bryce Wayt (VP of media and operations respectively) were in attendance at the Former Texas Rangers Foundation Gala held October 13th at the Embassy Suites, in San Marcos, Texas. The annual event raises funds for the support of the Former Texas Ranger Heritage museum and continues to promote the true history of the organization and the true characteristics of the Texas Rangers. As part of this year’s event, actor, martial artist, writer and producer, Chuck Norris participated as a special speaker. In recognition of Chuck Norris’ love all things western, his long running television series “Walker Texas Ranger,” and his strong stance on protecting the 2nd Amendment, Cimarron Firearms, in partnership with Pietta, presented Norris with a customized version of Cimarron’s Texas Ranger Frontier revolver.

“On behalf of Allessandro Pietta and his wife, and Cimarron Firearms, we were extremely honored to present this very special Texas Ranger Frontier revolver to a man who continues to emulate what is best about America and our Western heritage,’” Bryce Wayt, VP of Operations for Cimarron, said.”

About the Former Texas Ranger Foundation:

Located in Fredericksburg, Texas and recognized by the Texas House Resolution 1065 as being the Oldest Ranger Organization, the Former Texas Rangers Association (FTRA) was established in 1897 and became a non-profit 501c(7) in 1949. 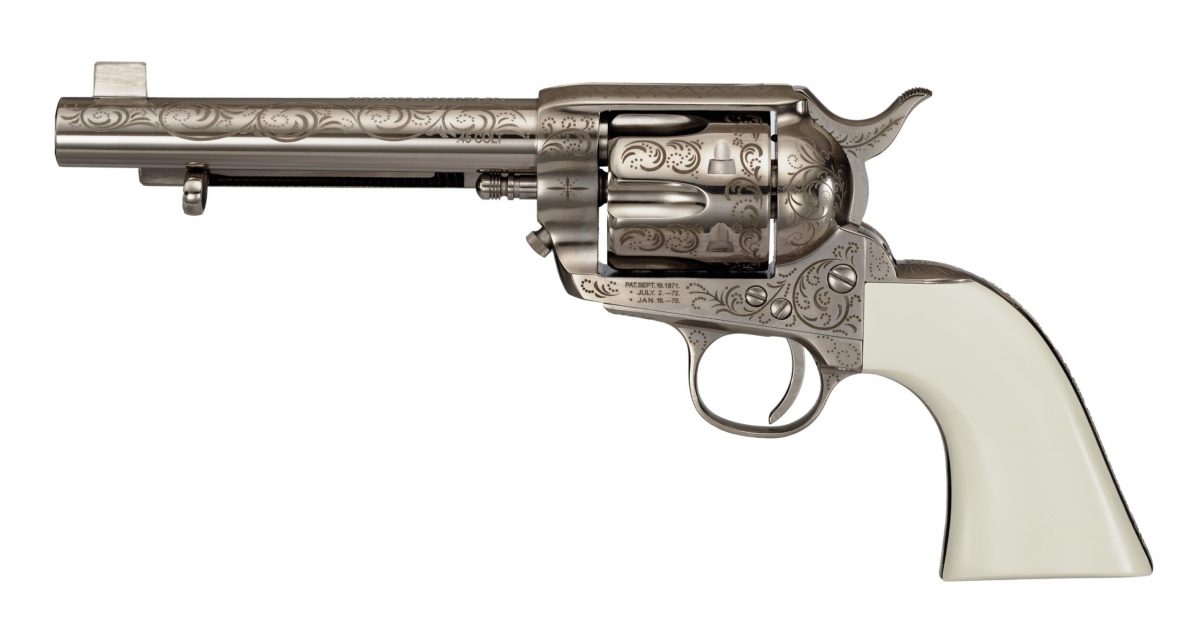 Like the Old West American icon himself, the Bat Masterson™ Colt Army-style single-action pistol might be fancy on the outside, but it’s all business on…